Another great 'Battle of Britain' experience at Duxford

On Tuesday 12th November 2019, Year 6 visited Duxford Museum to extend their understanding of The Battle of Britain'.

Thankfully, the weather was relatively kind to us and the children had a great day seeing the planes involved in The Second World War - especially The Battle of Britain. In additional, they were able to see some of the precautions used to protect this country during the same period as well as some of the land craft used during the D-Day landings. 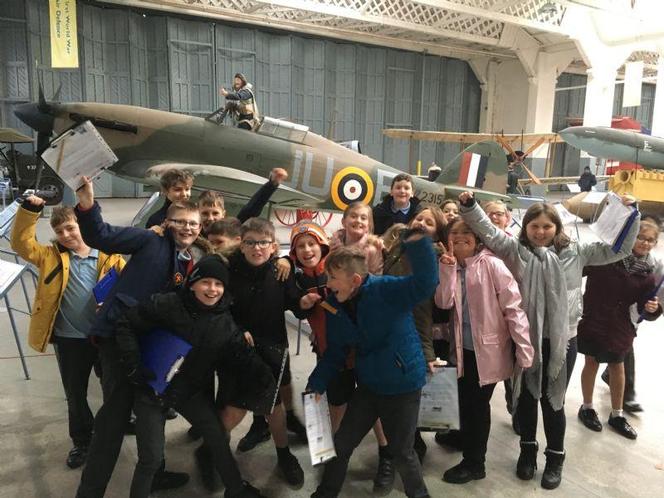